6 thoughts on “Biting into the rainbow”

Hi There and welcome to Paddling-Geek.Net (PGN for short). 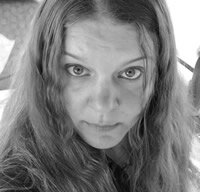 The name’s Kimm and I am dragonboat and outrigger paddler from Vancouver BC. Paddling as been part of my life for close to 20 years. I am currently working towards running my first 5KM. [More? ]